From Smart Schools To Smart Cities 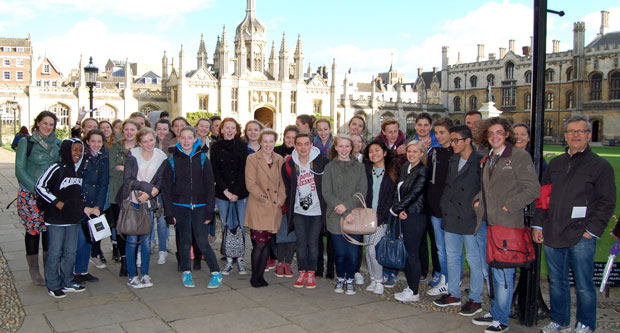 The Comenius Project “From Smart Schools To Smart Cities”

In the week from Oct 20th to Oct 24th, the Comenius project “From smart schools to smart cities” took place at Longsands Academy in England, St. Neots near to Cambridge.
The project involved 32 students from Netherlands, Germany and England who then had to research and then produce some marketable sustainable gadgets. Some Students and teachers from Germany wanted to make their journey to St. Neots as sustainable as possible, so they travelled by E-Bikes and an E-Car.
After we got to know each other the whole group then separated into two teams. The 16 students in each team were split into different roles, each in order to create and design their products in the greatest way possible. The teams were called ‘Phoenix’ and ‘Global Gizmo’. Each team created 3 products that are much more sustainable than most. For example solar powered phone case, an energy producing bike and a kinetic energy floor.
Together as a group we made a trip to Cambridge and London and learned more about the products we could produce and about sustainable energy. We went to the Olympic park and found out information about the way it was built in a sustainable way and how it will be used in the future.
On the last day we did a presentation for the school students, newspapers and some businesses about our products that we produced in the week.
All in all we had a nice time and met some lovely people. We look forward to the next stage which will be held in Germany.
Authors among others: Henrik Weber and Malek Schulz 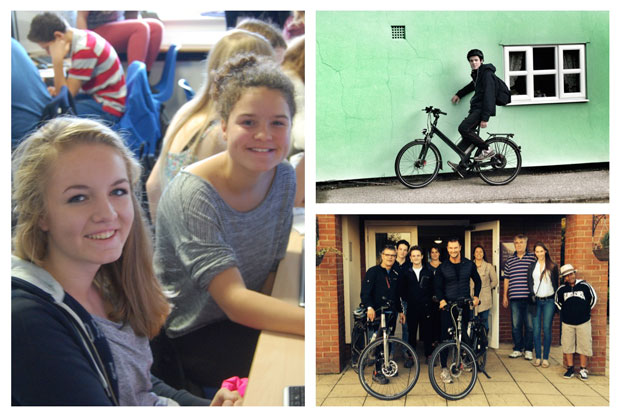 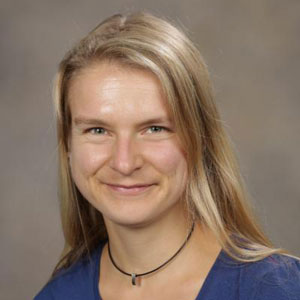 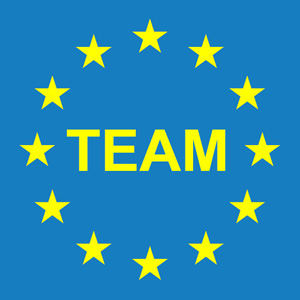